The 10 commandments of WeChat

The 10 commandments of WeChat 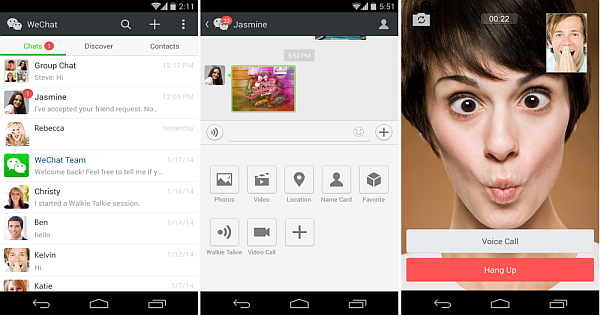 There are new rules for what you can’t post or include on WeChat. This app is the most popular and used messaging app in China. It is said that more than four hundred and sixty-eight million people in the world use this app. But to regulate its usage, few restrictions are given to the users to enhance moral and ethical transmission of information.

According to the WeChat security desk, those accounts with illegal information and content will be cracked down. The rules set are what the users would expect hence they are not difficult to follow. The rules and regulations are attached to the app end user agreement. Some rules are notably specific with the type of activities that the users undertake. Those users who are found guilty are punished accordingly.

The first rules are similar and fundamental to what is found in other social media platforms like Facebook. The rules cover users from fraud, invasion of privacy, violence, pornographic content, plagiarism, scams and gambling. The rules aim at tackling these problems and offer the user with ample messaging platform.

The rules also ensure that WeChat app trademark and copyright are protected from infringement. Under the umbrella of these rules, people are prohibited to operate fake accounts. For instance, more than sixty thousand fake accounts were closed last month. The elements of fraudulent account include parody accounts and impersonation of celebrities. The media crimes like an invasion of privacy, plagiarism, libel and protection of corporate secrets also fall under the rule of infringement.

The other rules include the prohibition to scam, false advertisement, counterfeiting, and making of empty promises. The rules also warn people about the consequences of making lies. When all the rules are followed, there would be an assurance of cohesion among Chinese people.