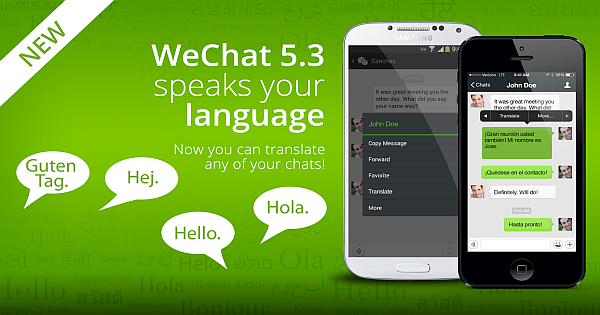 WeChat is one of the most famous inventions of communication technologies. It is a name of an application that is used for messaging, voice call and video calls all over the world. With more than 400 million daily users, the application popularity is increasing in tremendous pace. From 2013, those applications were launched worldwide and within a year and half it has grown at a very fast speed which resulted as an increased number of users.

At the present day, there are some features that make WeChat 5.3 very popular to their user. One of the funny and attractive features WeChat introduced in their application for their users is stickers. The stickers are very popular depending on countries and their culture and the sense of humor. The stickers are regularly updated with the latest update has taken place on March, 2015. In many occasions, users do not want to send any voice message of written message, that time stickers are the best funny way to express their emotion to their friends and family.

With competition with the major social apps, WeChat is planning to bring in new features to attract new users. Last month in March 2015, WeChat launched and updated their app with a new feature named as CITY SERVICE which can be used in selected town around China. To check the app, individual can change their location in China and choose the Chinese language. After that, the user will find some additional features in their WeChat app. The new features name said it all. It provides city service like doctor appointment, reporting to the police, booking a taxi, ticket for movies and many more facilities which come up with the feature. A company official has said that we cannot call WeChat a messaging app anymore as it has started to provide all the familiar city services needed for an individual. WeChat authorities are expecting an enormous number of users in the next few years because of the city service feature. They think in the year 2017, 7 out of 10 Smartphone users will download WeChat as their main social communicating app. WeChat believes the youth is its power for which they are planning to bring in new features.